Mass higher education: The education of the 21st century 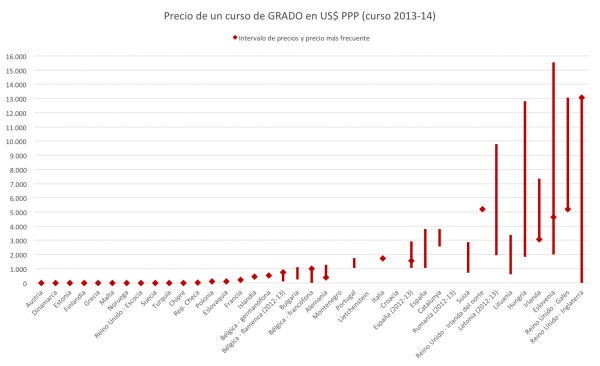 For the last century, an evident change has been apparent at universities. The elitism of previous civilizations’ academia, and later – from the Middle Ages onward – at universities, has gradually shifted towards a mass higher education.

This transformation was led by the United States in the mid-1940s, driven mainly by the economy’s need for higher skills. The U.S. Army subsidized servicemen’s higher education so that those servicemen could better themselves, a fact that helped accelerate the shift. This shift also took off in Europe in the 1960s and Japan in the 1970s. Now it is spreading all over the world.

The shift towards a knowledge economy

The increasing rural exodus has also played an important role, as it has fostered the urbanization of big and medium-size cities, where most universities are located. This clear demographic change, which is directly related to prosperity and more employment opportunities, now mostly relates to the service sector and fosters a nearness of youth to universities. Consequently, it is a factor in the popularity of mass higher education.

However, the evolution of employment requirements has been the key factor in this transformation. World labour markets have changed, as the modern economy – unlike in the industrial revolution – is based on the consumption and production of intellectual capital.

In this new model, called the “knowledge economy,” employees are no longer valued according to their manual work ability, but instead according to their knowledge, which reformulates companies and produces competition for an intangible asset – knowledge. Now, jobs are set in a dynamic, interdependent and continuously evolving work environment which requires a higher capacity to learn new skills. It also requires fast and effective critical-thinking and problem-solving skills from employees.

Today’s reality: From excellence to a basic need

Throughout the past decade, the number of higher education students in Europe has significantly increased. On average, almost half of the population graduates from universities in Europe – a number that is expected to keep increasing. We have seen how employers have started to recategorize low- or medium-qualified jobs to high-qualified, and to insist on recruiting graduates. But why is that?

Companies want to make sure their employees have the necessary soft skills, which are likely to be acquired at university, but may also be learnt elsewhere. Companies use university studies as a mechanism for locating potential employees. This change in the labour market has contributed to the growing pressure to get a university degree.

The ability of a small group of university elite to choose from among plenty of decent jobs no longer exists. Nowadays, a first degree has become standard, giving way to postgraduates and PHDs as people try to stand out from the crowd.

Consequently – and according to the law of supply and demand – the wage premium for undergraduates has significantly declined, but is still good enough to make going to university worthwhile. A first degree is becoming the minimum qualification to attain a middle-class life standard.

How much does this basic need cost?

Currently in the European Union, ten countries offer free university tuition, while eleven have a total price that oscillates between 7€ and 500€ per academic year. In the remaining nine countries, the cost is far above 1000€ per year. (Prices are computed using the Purchasing Power Parity.) Spain belongs to the third group – see the chart below.

We can plainly see that tuition fees in Spain are far above those in most of its European neighbours. However, what is even more alarming is the price evolution of tuition fees in this country: according to the research centre OSU, in the last seven years fees have risen a total of 47% on average.

This increase isn’t an isolated case. Throughout the past decade, the increase of higher education tuition costs has become a general trend around the word; this fact drives me to the following reflection: If higher education is no longer a synonym for excellence but instead is the passport to a minimum standard of life, why are universities increasingly becoming economically inaccessible?

If the population needs higher education to succeed in life – as used to be the case with simply primary and secondary education, which are almost fully subsidized – shouldn’t tuition fees decrease?

First, let’s define what “tuition fee increase or decrease” means. In a wellbeing state, the total cost of a year of university studies is, at public universities, split between the state and the student. In the case of free tuition, it is not that the cost is zero, but that the state pays 100% of the total amount. Therefore, when people say that tuition fees increased, in most cases, the percentage of costs allocated to the student side increased (while the state’s allocation decreased). For example, the proportion of the cost of teaching that Spanish students pay has risen from 21.6% in 2008 to 41.6% in 2012. Why would that occur?

In the case of Spain, the crisis period – together with political issues – has played an important role. However, if we take the “mass higher education” story a bit further, we realize that in a scenario of constant state income, the increased cost for university students results from an increase in government expenses.

If estimates are correct and the number of graduate students keeps increasing – as do expenses such as pensions and healthcare – among a declining youth population, what does the future look like?

The future is uncertain, but it seems that the European state of wellbeing in which we are living is gradually vanishing and becoming, little by little, a private-driven market like in the United States.

What are the Europeans waiting for?

This slow movement towards privatization must make the European Union reconsider how to maintain the wellbeing state status. From now on, countries must rethink the ways in which they invest their governments’ shrinking budgets per student as well as the public university systems.

Before privatization reaches further levels, governments should first consider a more explicit analysis of each student’s performance and potential so as to achieve a more efficient allocation of public funds. In addition, an investment in universities based on performance would stimulate competition among institutions to achieve greater levels of efficiency.

If no action is taken, the system will lead to an “Americanization” of the education system in which university access would depend more on the student’s purchasing power, increasing the gap between social and economic classes.

The Economist (2012), Not what it used to be. American universities represent declining value of money to their students [online]. Available at: http://goo.gl/AUYwuM [last visited: Apr 2015]